Jhope is the first ever South Korean artist at Lollapalooza. It will take place from July 28 to July 31 in Chicago’s Grant Park. He’ll be performing alongside Dua Lipa, Machine Gun Kelly, and others at the festival.

As many of you know, J- hope is a fashion star, and this time he proves why. He left everyone in awe after his pictures from Incheon Airport went viral on the internet. The rapper looked drool-worthy in his airport look, with tousled hair and a see-through shirt. There’s no denying that J-Hope enjoys experimenting with fashion, and his eccentric OOTD wowed the ARMY as well.

Going insane over his casually tousled hair, here’s how J-Hope makes even the most unkempt hair look like a million bucks:

Jhope even surprised the army at midnight live on Vlive

ARMY is overjoyed every time one of BTS’s members appears. Fans of the bangtan boys were in for a treat when J-Hope went live on Vlive at midnight. Many people were unable to watch J-live Hope’s session because it began at approximately 1.30 a.m. Those who did, on the other hand, were overjoyed to see him. He danced his heart out and expressed his joy at BTS’s recent accomplishments.

He’ll be performing the songs LIVE on the Lollapalooza stage. Not gonna lie we armies are dying to see him on the stage. He will definitely be going to make history.

Stay tuned to the latest scoops and updates from Bollywood, Hollywood, South, TV, and International celebs. 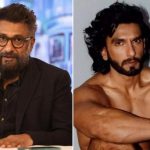 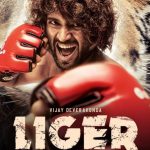 « The internet is won over by Samantha’s savagery nature and Akshay’s humorous personality in Coffee With Karan7 EP3.
How the ‘sentiment of women is being hurt’ by Ranveer’s nude pictures? Vivek Agnihotri reacts to a police complaint filed against Ranveer Singh. »