If you follow tech executives or famous actors on Twitter, you’ve probably seen references to something called OurMine several times over the last few weeks.

OurMine has claimed that they discovered a vulnerability in Quora exploiting which they broke into Pichai’s account. The group says that they informed Quora about this exploit, but didn’t get any response from the Q&A community.

The hack became visible late Sunday night when OurMine posted answers on Quora using Pichai’s account, which were then cross posted on his official Twitter feed. All the tweets have now been removed from Pichai’s feed. 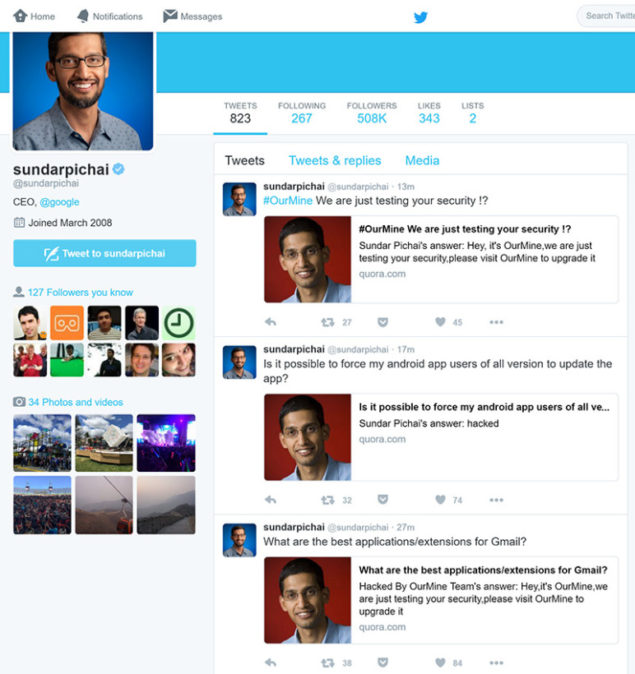 The hacker group is branding itself as a security firm, and claims that it’s testing security of accounts and platforms to teach people to secure their accounts better. “We are just testing people security (sic), we never change their passwords, we did it because there is other hackers can hack them and change everything,” OurMine told TNW.

OurMine also went after Vox reporter Matthew Yglesias, who has yet to delete the promotional tweet the group posted on his account:

Lenovo builds the first of a whole new breed of smartphone