SRK’s ‘Fan’ Trailer Crosses 4m Views In 24 Hours. No One Can Wait For SRK’s Magic.

The first teaser of Fan was launched last year and the second teaser was unveiled on his 50th birthday. And now the filmmakers have released the official trailer of Fan. Shah Rukh Khan took to Twitter to share the trailer with his fans.

Maneesh Sharma is a genius without a song…thank you my friend: https://t.co/Bx7qeeI1ZP

The trailer of Shah Rukh’s most-awaited flick ‘Fan’, has amassed 4 million views within 24 hours of hitting the media.
Yashraj Raj Films took to its Twitter handle and shared SRK’s pic with words, “4 million views in 24 hours”, written on it and captioned the pic as, “That’s some incredible FAN Power!Can you get enough of the #FANTrailer ? @FanTheFilm.

Shah Rukh Khan is back with his dark and edgy avatar. The trailer will bring memories of Shah Rukh Khan’s famous film Darr flooding back to your mind. A Fan’s delirious obsession for his matinee superstar. However, there is a marked difference between Fan and Darr as pointed out by SRK. Gaurav is not a psychopath unlike my character in Darr,” he says. – See more at: Rukh plays dual roles in the film. He’s both Aryan Khanna-the superstar and Gaurav Chanana- the look-alike fan.

B-Town ‘can’t wait’ for SRK’s magic. Here’s what the celebrities tweeted over the film:

So this is the trailer of the DECADE!!!! https://t.co/IwlHJZ7Zst #Fan …. @iamsrk is unbelievable and pure genius!!!!!!! @yrf #adityachopra

As a fan of @iamsrk I have never been a bigger #FAN. What a fabulous trailer.. Check it out..👏👏. https://t.co/aBROff3vZL

Years ago @iamsrk told me “I am just an employee of the Shah Rukh Khan myth” #Fan feels like the quote come alive https://t.co/tkTCGTI0v1

#FAN a film that I can’t wait to watch! #FANTrailer https://t.co/j429BnPAvI

Wow @iamsrk sir you have raised the bar yet again. Brilliant @yrf and #maneeshsharma your the man. #Fan https://t.co/38jt3uGVls

We all are excited too:

@iamsrk Wot to say my Love 😍 Speechless 😭 This is beyond my imagination & fascination, You have created Revolution 💗 pic.twitter.com/Yaf8qoBWOf

@iamsrk What a Trailer ! i Can’t Close My Eyes.. i Can’t Get Enough of in #FANTrailer pic.twitter.com/O6cHqL1WTw

This dailogue from the movie 😍
Only @iamsrk can look lyk both 50 and 25 in one scene 😍❤@iamsrk #FANTrailer #Fan pic.twitter.com/lN92hShjqe

I’m sure #Fan movie suits only @iamsrk .. This movie is surely one of shahrukh’s best film what an actor you’re King khan #FANTrailer

#Fan may not be SRK’s best movie, but it would certainly be his best movie of this decade, so far#FANTrailer

Have you watched the trailer, yet? 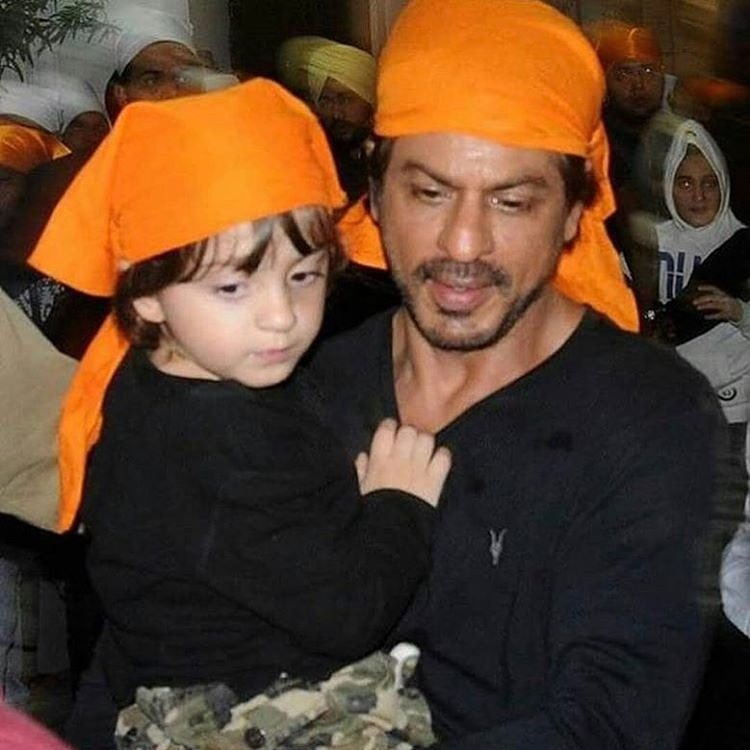 Zara Muskura Do With The Three Khans.

SRK Is Now Getting A Lecture On Handling Stardom From Ram Gopal Varma.

« A Job Seeker ‘Put Himself Up For Sale On The Site’.
15 Hilarious Tweets Responding To The #RemoveMughalsFromTheBooks Hashtag. »