We all know by now the differences with Kapil Sharma’s popular Comedy Nights with Kapil’s old channel made the show end. The comedian is now moving to Sony channel. There has been a lot of speculation about what is going to be in his new show, which are the guests that are going to be seen.

And now, the first photos from their shoot have now made their way online – and they feature pretty much the same cast! Ali Asgar, Kiku Sharda, Sunil Grover, Sumona Chakravarti, Chandan Prabhakar and more are seen in these pictures:

@kikusharda any doubt whose fon has the best picture?? Rs.2000 suits looking worth 2 lacs!! @preeti_simoes pic.twitter.com/CgZx54Ugdt

Word has it that Navjot Singh Siddhu will also be a part of this new show. It will be interesting to see how Kapil will work with his old cast, considering that for legal issues they cannot exactly continue their old characters on this new channel. We’ll definitely have to wait to see what this new show looks like! 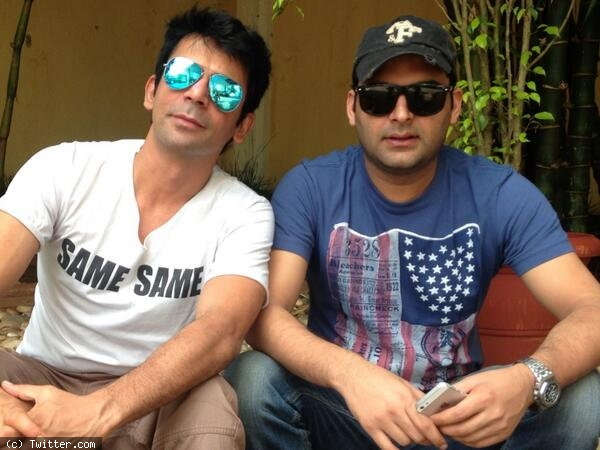 « Here’s what celebrities had to say about ‘Neerja’
Smriti Irani & Barkha Dutt Got Real Ugly. »